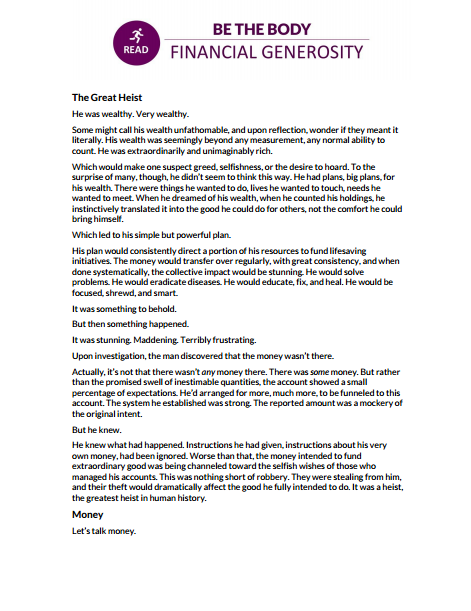 He was wealthy. Very wealthy. Some might call his wealth unfathomable, and upon reflection, wonder if they meant it literally. His wealth was seemingly beyond any measurement, any normal ability to count. He was extraordinarily and unimaginably rich. Which would make one suspect greed, selfishness, or the desire to hoard. To the surprise of many, though, he didn’t seem to think this way. He had plans, big plans, for his wealth. There were things he wanted to do, lives he wanted to touch, needs he wanted to meet. When he dreamed of his wealth, when he counted his holdings, he instinctively translated it into the good he could do for others, not the comfort he could bring himself.